Hi everyone! In this blog, I will be discussing the algorithm used in Bismuth to find the closest relative window to be focused for focusWindowByDirection event. If you haven’t read the previous blog, make sure to give it a read here.

Recap from the previous blog

Let’s start with a quick recap though, in the previous blog, we discussed:

I want to start off with a visual, took me some time to draw it, but in case it doesn’t look good, I’m sorry! My drawing teacher in the high school tried his best, but… 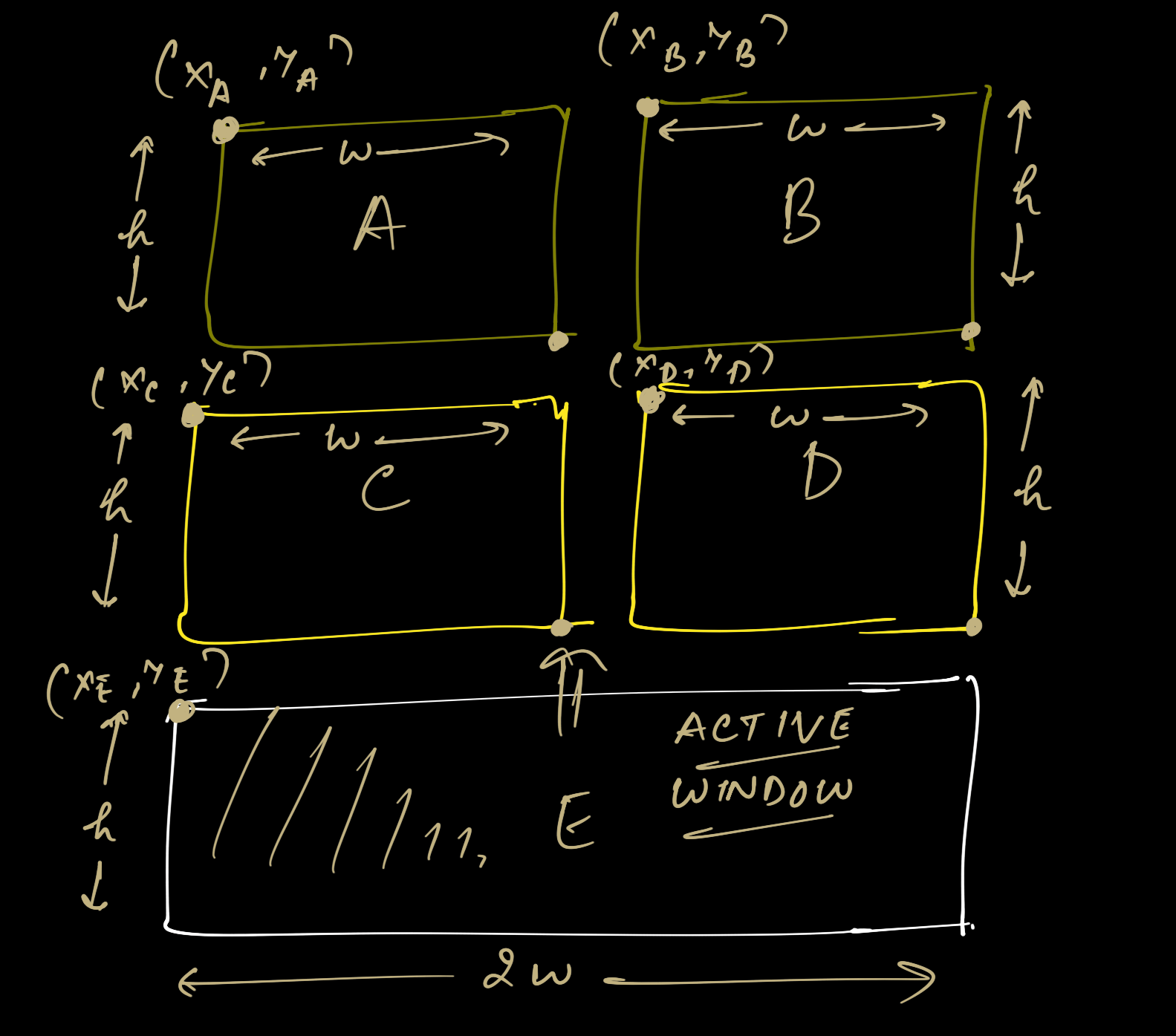 Above image is visual of a tiling window layout where there are in total 5 windows opened (just for imagination, no sane person would open these many windows on a 24 inch monitor… xD): A, B, C, D, E, where as mentioned in the figure above, E is the active window and we are trying to focus UP. A few notes to take from the figure:

In the previous blog, we had covered getNeighborCandidates, the output here would be windows: A, B, C, D. The order will not matter here for understanding, so don’t worry about that.

The next steps in the code include:

I didn’t add comments here, because we’ll be going through these 2 magic functions below. Let’s start with getClosestRelativeWindowCorner. The source code for the definition of this function is:

Don’t worry about the code if it confuses you, keep in mind that we have the direction as Engine::FocusDirection::Up, and neighbors as {A, B, C, D}. This function gets you the closest window corner relative to the active window or the basis window. How would you do that? Well, it will depend on the direction.

Now remember the mathematics lectures you had way back in the high school, if you wanna focus up, which vertex do you really care about? Keep your focus on the window C and E for once, the comparison should definitely be with the bottom right’s y coordinate, right? That’s what we do here:

A quick look at bottom() source code in qrect.h file:

Where y2 is the bottom right’s y coordinate. Since we are going up, and anything above the basis window should have y value < basis window’s y value. (The top left of any screen is considered to be (0, 0) in this blog). Hence we set the initial value as 0. If we had to go down, we’ll set it to INT_MAX as for anything below the basis window, we’ll use std::min and hence INT_MAX will fade away with each neighbor window.

Anyways, enough of theory, so what will be the output of this function for our scenario? Well, this function will give us y_C + h (which is equal to y_D + h, so any of them is fine). Now, we’ll go ahead to the next function.

This function only exists to give you all the windows which are close enough to the closestPoint. The output out of this function will be windows C, D (reminder: E is the basis or active window). 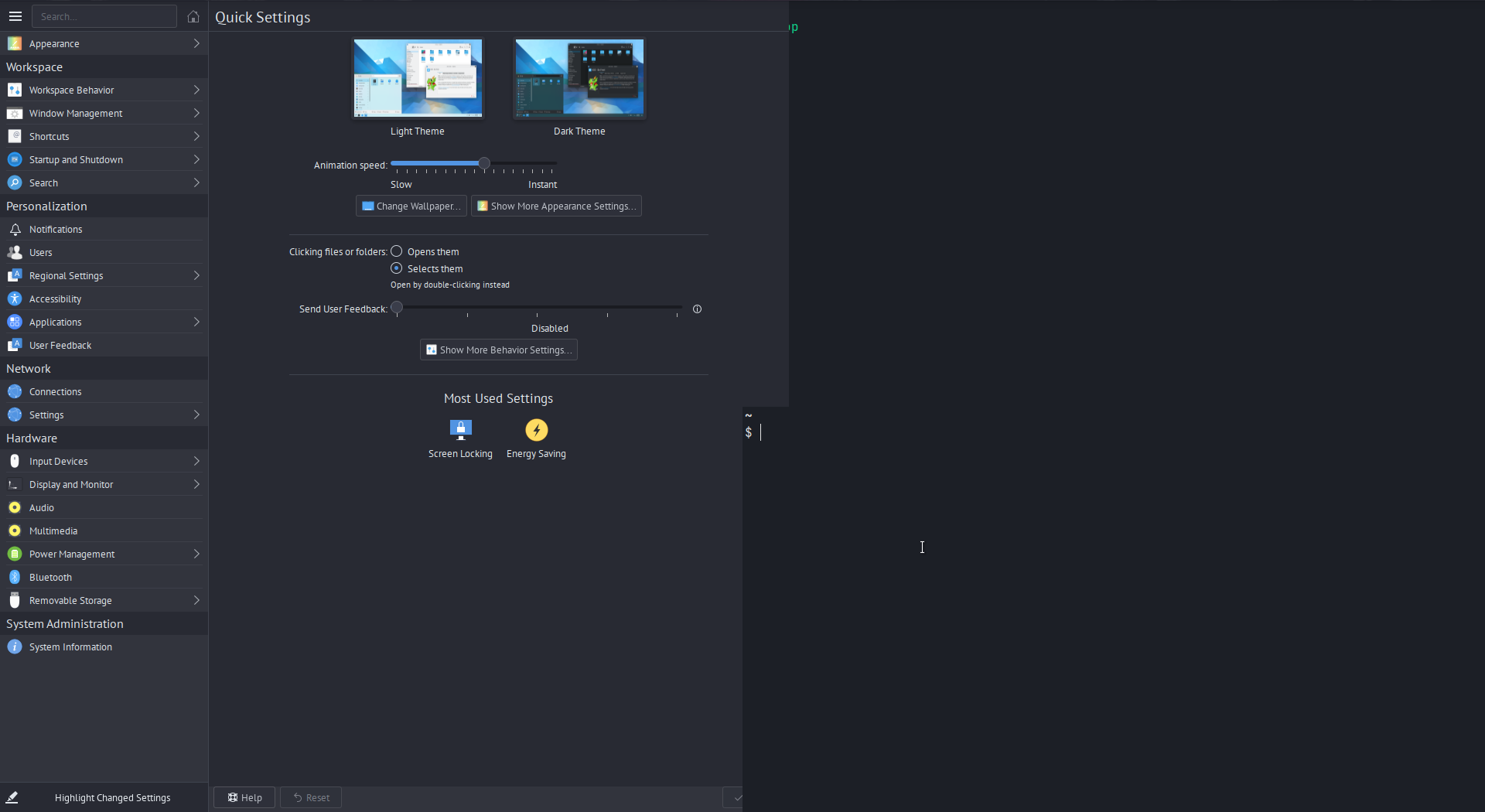 Hence we can’t be too strict here. I personally believe this number +/- 5 should be tinkered better and not hard-coded, but that’s for later.

So from A, B, C, D being the neighbor candidates, we have C, D as the final closest windows to the basis window (E). Now which one to choose? That’s where we’ll have to store the timestamps for each window. And this timestamp should record the last time it was used or accessed. We just get the most recently used out of these windows, and I’ll be discussing in the future blogs. I think we discussed a lot today. So that should be it…

I don’t want to shy away from thanking the main maintainer of Bismuth, gikari who has worked pro-actively on Bismuth. Of course, the credits should also go to krohnkite for the hard work they put in.

In case anyone has a feedback or suggestion, please leave a comment on this blog. I wish everyone good health and success. Thanks for reading <3